Mirtazapine is used as an antidepressant in humans and is metabolized in the kidneys and liver. But in both cats and dogs, it is used as an appetite stimulant to entice them to eat. Mirtazapine stimulates neurotransmitters in the brain and neuroreceptors in the abdomen (intestines and stomach) to provide relaxation and anti-nausea properties.

Also known as Remeron, Mirtazapine is used to treat conditions in dogs related to nausea, inappetence, and symptoms associated with the digestive tract, liver, and kidney disease. Dogs who are undergoing chemotherapy greatly benefit from mirtazapine. Because mirtazapine has antidepressant properties, it may address separation anxiety, urinating inside, and other behavioral problems. You may discontinue mirtazapine once your pets’ appetite returns to normal.

How To Administer Mirtazapine

Mirtazapine can be given twice daily and available in several forms, tablets, transdermal gel, and liquid, which can be used in dogs and cats. Regardless of the route of administration, mirtazapine may take several weeks for full effects.

Transdermal mirtazapine is applied to the ear pinna (inside the ear flap) and is absorbed by the skin.

Mirtazapine tablets are available in the following strengths; 7.5 mg, 15 mg, 30 mg, and 45 mg. While the dosage is determined by weight, dogs generally intake 3.75 to 30 milligrams daily. Mirtazapine is available as a dissolvable tablet to be more palatable to your dog. Dissolvable tablets may contain xylitol, which is toxic and even deadly to dogs.

Because the liver and kidneys metabolize mirtazapine, it should be used cautiously in dogs with liver and kidney disease as it can take longer to eliminate the drug. Your pets’ dosage may be decreased if this is the case.

Give your dog mirtazapine at around the same time every day. If a dose is missed, give it as soon as possible, but not if the next dose is almost due. It may take several weeks before mirtazapine takes full effect.

What Are The Mirtazapine Side effects

Other side effects of mirtazapine may include abnormal changes if your pet has a bone marrow disorder, such as low platelets, leukemia, and other blood disorders. In this case, your dog will need to have blood work completed frequently to ensure they are not experiencing adverse side effects.

Reach out to your veterinarian if you believe your dog has side effects to mirtazapine, especially if these symptoms appear to be severe.

Any drug that inhibits the Monoamine Oxidase-A (The MAO-A inhibitors) interacts with mirtazapine, which increases the risk of serotonin syndrome. Rest assured, MAO-A inhibitors are rarely prescribed in dogs except in cases where amitraz, an MAO-A inhibitor, is used to treat ticks and mange.

Other medications that produce Serotonin syndrome when given with mirtazapine include Prozac and tramadol, selective serotonin reuptake inhibitors (SSRI’s)

Whenever starting a new medication, it’s essential to give your veterinarian a full list of all the medicines and supplements your dog is on to ensure there are no interactions. 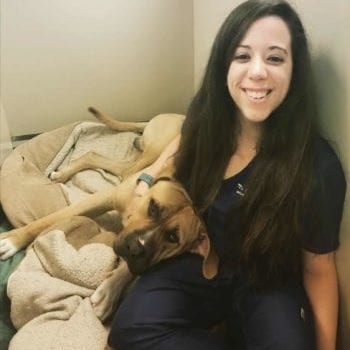 Nicole is a Licensed and Registered Veterinary Technician in Washington and California. She is the immediate past president of the Washington State Association of Veterinary Technicians and holds multiple advanced degrees in veterinary technology, psychology, and human health care management. She has worked in private and corporate settings. Nicole manages an ambulatory surgery practice based in the Puget Sound area of Washington. When not working in the clinic, Nicole is a frequent lecturer at various national and international  conferences and meetings. She is also a tireless advocate for the appropriate use of regenerative therapies in veterinary medicine. 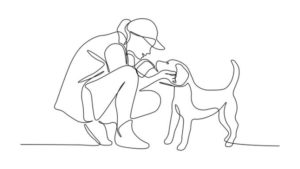 AuthorityVet.com should be used for informational purposes only and should not be used for medical advice. Always consult veterinarian’s advice. The information provided here is not a substitute for professional medical advice. The authors, editors, producers or sponsors shall have no liability, obligation, or responsibility to any person or entity for any loss, damage or adverse consequences alleged to have happened directly or indirectly as a result of material on this site. Please consult with your veterinarian for all matters related to your pet’s health.
Copyright © 2021 AuthorityVet.com